So, following the getting things done theme, I found some label paper at work which felt pretty close to the real stuff (ICE Brand 130gsm glossy label paper if you’re interested) and figured I’d see what it looks like on cartridge. After a quick bit of re-jigging in photoshop, the printer spewed out these lovelies! 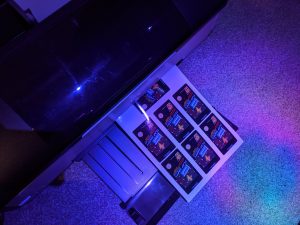 Which is pretty damned cool! Yes, lighting helps 😉
After a bit of cutting and a retry, it ended up looking like this! 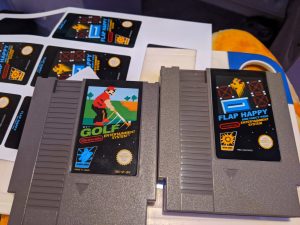 As you can see from the photo, it’s looking really damn close to how I hoped it would. As I’m making it to fit on a NROM cartridge, it should look the part I think!

Hoping to get the manual sorted out during this week on some suitable paper once again 🙂 Just need my cutting tools and long stapler arriving from the internet, then it’ll be another step closer to production 🙂 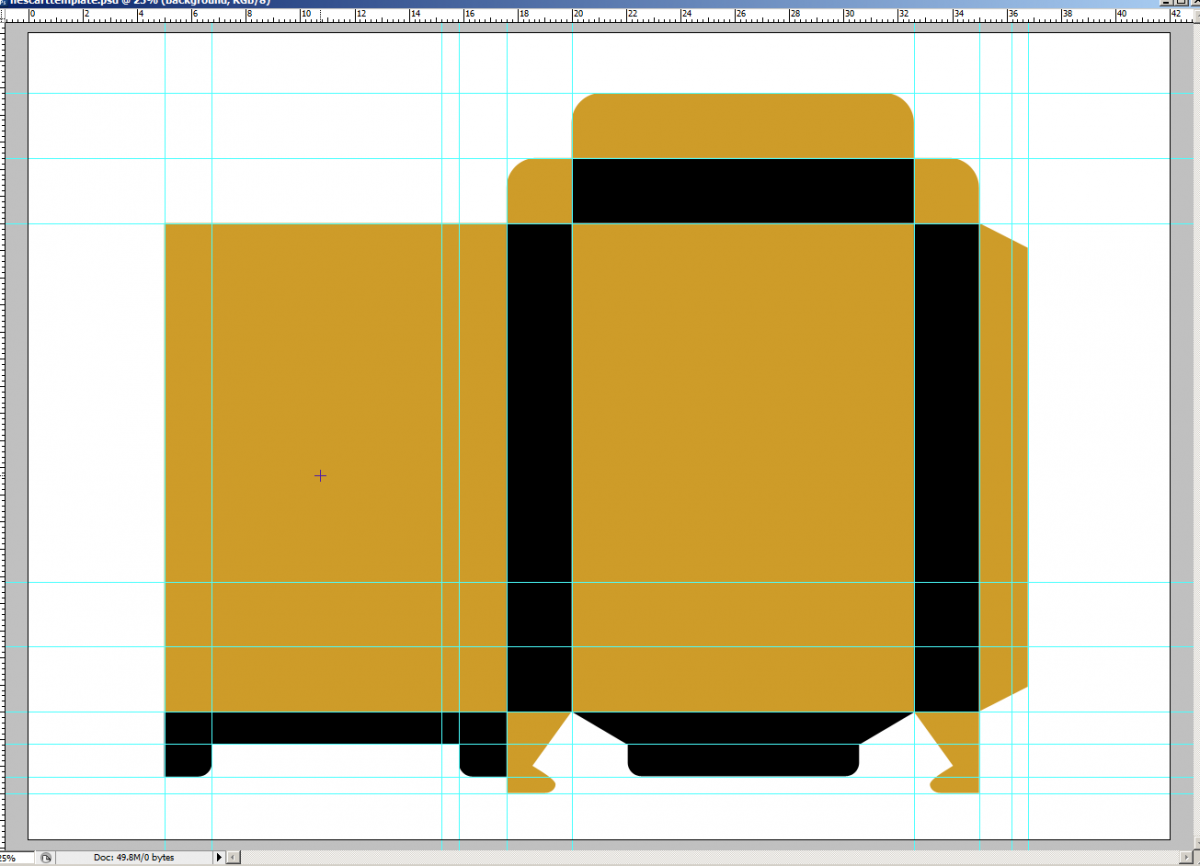 Woo, got started on the cartridge template after carefully prying apart a fairly minty box.

I figured it might be quite handy for others to use so I’ve bunged a copy of the PSD file in the zip file below. It’s only using shapes so should be fairly useful. the file’s current scaling is for 300 dpi on an A3 printer. If enough people are interested I might mock up an A4 version perhaps. It should be fairly straight forward to adapt.

Now, Gotta order some paper and give it a test out this weekend hopefully!

Hope this helps people out 🙂 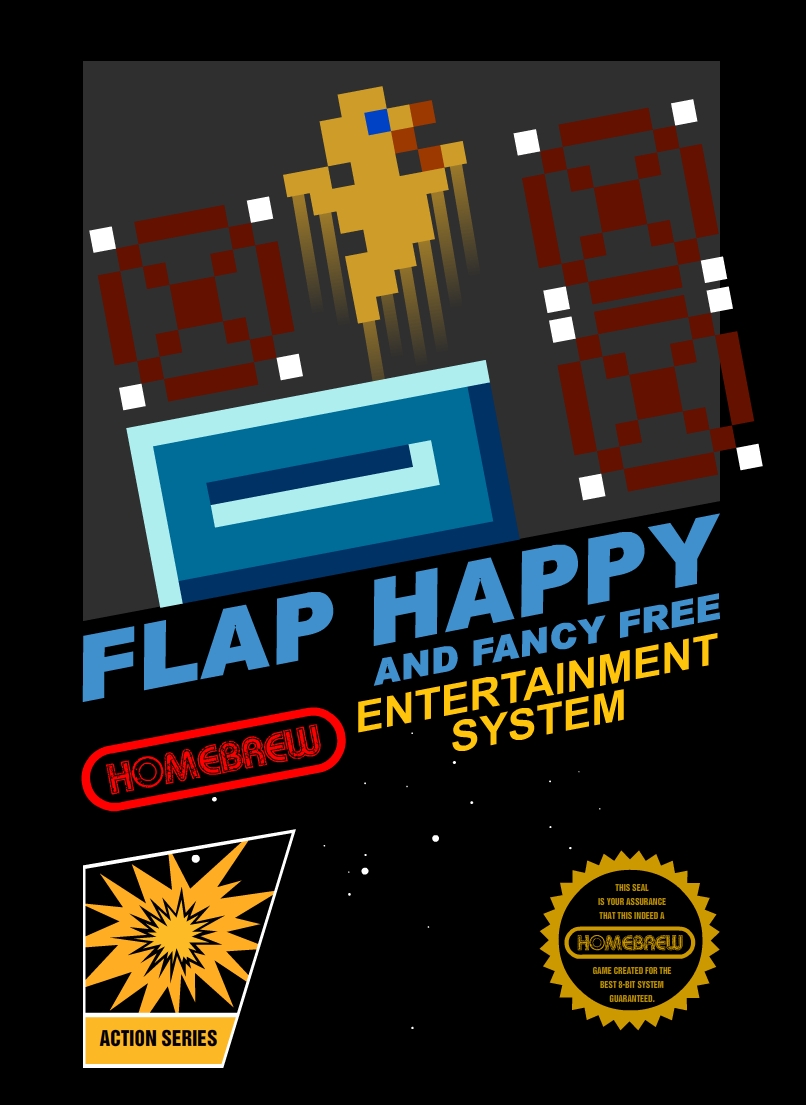 Due to personal issues mid-way through last year I lost a lot of interest in game programming although my day job has kept my general interest in prgoramming flowing along and despite feeling some urges to get back into the flow with NESASM, it hasn’t really come back to me instantly.

Maybe my priorities have changed since moving away, I don’t know. I do know that I need to actually finish this game off though, before it falls into the trap of being 99% copmplete and never finshed. Which, funnily enough, is where it is pretty much.

The ending sequence is 50% complete, with music from the wonderful @Jayenkai ported over, all the levels are playable and, well, while I’d like to be able to put music in for the other zones and unique title track, I’m no musician, so that’s unlikely to change anytime soon.

I’d just finshed rating the difficulty of 512 of the 1024 levels in the game before I left and can’t find my notes so that’s gonna make things a little interesting to deal with. I guess I’ll just have to play through all the levels again then, hahaha! At least it’ll give me some more idea to the games replayability!

After a quick check, I have 14kb of code space out of 32kb total left to play around with but I think I’ll need a few nights to re-acquaint myself with my code and comment things accordingly.

I have most of the components I need to build my own cartridges and have done for a while, recently tried some soldering, that went better than I expected, using a test board with some small, surface mounted components which were a pain in the butt at first but I quickly gained confidence in placing some tiny PCBSs on the board, which has given me the encouragement to get back into the game so to speak.

I’ve managed to source an A3 printer from work which may be handy for printing NES manuals and perhaps cartridge boxes depending on what thickness paper / card it can take. The only things I need to do are: burn chips with a chip programmer which I’ve just purchased (Model No: USB TL866II Plus Programmer EPROM EEPROM Flash MiniPro BIOS AVR MCU 10 ) and…

FINISH THE GAME OFF!

See, there’s determination still there! Also, there are already a couple of secret messages hidden away in-game, thus fuliflling the whole easter egg requirement I put on myself 😛