Yay! Space Splosionator 2086 was completed last Wednesday for the Workshop Wednesday challenge over at the lovely socoder forums and whilst it didn’t get as much time as I’d hoped to spend on it, plays pretty well, albeit in a tough as nails way.

The theme for the Jam was Hashtag so the game takes place in side a hashtag…in SPAAACCCEEE! 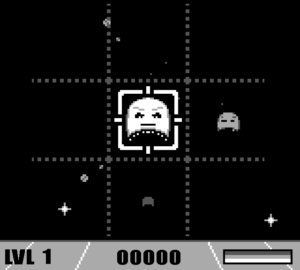 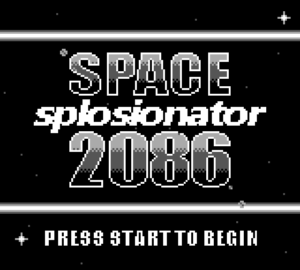 What’s there in the game worked really well, there’s a starfield, lasers, targetting reticule and enemies that zoom into the screen and attack you, all complete with screen shaking effects!

It does essentially boil down to whack-a-mole, but it’s good fun for a few minutes 🙂

You can playit online via the gamejolt emulator orr, for a much better experience, use the BGB emulator and download the ROM instead!

I’ve shyed away from this channel before as I didn’t really get how it worked but now I’m playing with wave forms including triangle and sine waves to get more sound variety out from the gameboy!

I’d love to see if it’s possible to stream a low frequency sound whilst a game is playing. It’d be really low in quality (60Hz) but could be suitable for some applications, probably not vocals though. We’ll see!