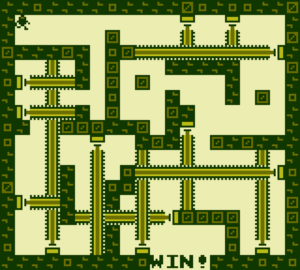 Just another Saturday night and I noticed the one hour game jam was on in a minute or two. So, time to roll up those coding sleeves and bosh out a game based on the theme “Stealth”

One hour really isn’t much time to make a game in so I had to use some fairly ugly hacks to get the game working, it’s a simple affair, guide the shadowy character to the “WIN!” text and you win. that’s it. Whilst security beams are switched on and off, with animation, audio cues and walking sound effects. The only collision routine used is that with the background layer. There’s so little time to get anything working that my collision routine is a little iffy, resulting in sliding along walls. 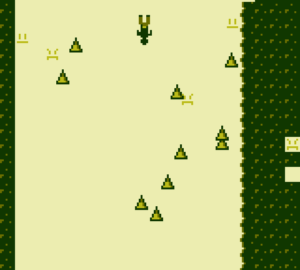 Nevertheless, I’m glad I managed to make something “slightly” more substantial than my previous one hour game jam attempt under the theme “Everything is dangerous” again, simple enough, avoid the spikes, walls, etc. Just under an hour.

Even though these games aren’t much, it’s nice to try an intense burst of game coding every now ‘n’ then!